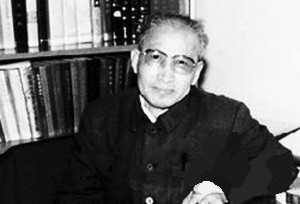 Born in Shaanxi Province in 1930, he committed himself to studying historical documents, caves, and art in Dunhuang, northwestern Gansu Province. Dunhuang is a major stop on the ancient Silk Road and is best known for the Mogao Grottoes.

He began work in the then Dunhuang Cultural Relics Research Institute in 1961 and continued his study of Dunhuang until his death in Lanzhou in 2011.

He published six monographs and more than 50 academic papers on Dunhuang since the end of the Cultural Revolution in 1976.

He contributed most to the study of the construction of the Mogao Grottoes, historical and geographical studes of Dunhuang, research on Buddhist images from the Northern Dynasties (386-581 A.D.) to the Sui Dynasty (581-618 A.D.), and research on Buddhism-themed paintings, according to his student Wang Huimin.

He Shizhe was the advisor to the Gansu Dunhuang Study Society for years, and has inspired Dunhuang scholars inside and outside China.