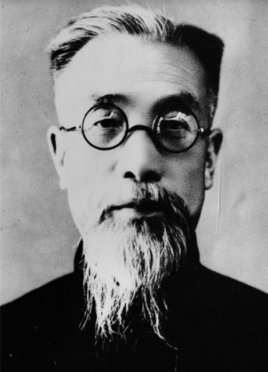 Born in Lanzhou, Gansu, originally from Zhejiang, the word was Chuqin, was a Gongsheng(scholars recommended by local governments in the Ming and Qing dynasties) of the late Qing Dynasty , graduated from Gansu Liberal Arts College, Beijing Law and Political School. A famous educator in Gansu, and his students were all over the world, was good at calligraphy and poetry, was a talent in political law, Buddhism, poetry, calligraphy, in Lanzhou had the reputation of first celebrity in Long.

Shui Zi, was born in Qing Guangxu Decade (1884) Xinguan Tanyun Lane, Lanzhou. At the age of 18, because of restrictions on his origin, ShuiZi had to go to Yuzhong County, where his uncle had settled, to take part in the county test. As the second of county test , the first of Fu test(Exam at different levels in the Ming and Qing dynasties), the first of Yuan test, became a YiXiangSheng (FuSheng), which was commonly known as "XiuCai(one who passed the imperial examination at the county level in the Ming and Qing dynasties)". After a short time, ShuiZi was selected to the Gansu Liberal Arts College as a "XiuCai" and the village test recommendation papers. In the summer of the First Year of XuanTong (1909), Gansu TiXueshi(Chief Executive of Education) Chen Cengyou presided over the examination of official fee students, ShuiZi took the test again, and finally entered the BeiJing Law and Politics School with excellent results. 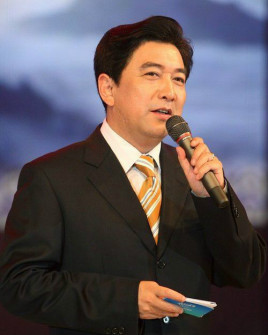 ShuiZi's four years in Beijing were the most turbulent in Chinese politics, he and our country experienced a super fission from thoughts to spirits. Back in his hometown Lanzhou, ShuiZi became an educator, and since then, because of his own achievements, he was recognized as a famous scholar, poet, calligrapher of modern times. His achievements in calligraphy mostly appeared in two aspects, running handwriting and cursive handwriting, it was elegant, flowing and powerful.