On the morning of May 18, the activity of "Little Angels" -- Commemorating "May 18" International Museum Day and Lanzhou Children's Graphic Art Exhibition was held in Gansu Provincial Museum. More than 200 fine calligraphy and painting works from teenagers and children of our city were presented to the visitors, vividly "telling" the touching stories of medical workers, public security police, community workers, supporters and other groups in the process of fighting against the epidemic.

At about 10 a.m., in the hall on the first floor of Gansu Provincial Museum, the visitors came together. In the wall cabinets of the exhibition hall, the works from children were displayed successively: Academician Li Lanjuan with determined eyes in the ward; Doctors and nurses busy treating patients in the shelter hospital; traffic police on duty wearing white protective clothing at the highway intersection; community volunteers measured the temperature of residents going in and out of the community... The vivid pictures are very appealing. "The children's perspective is very special, and their creativity is also very good. From the painting and calligraphy works, we can see the determination of the whole nation to unite in fighting against the epidemic, as well as the respect for the medical staff in the hearts of young children. The whole exhibition hall is surging with China's strength, which deeply touched the visitors who gave high comments to our motherland!" Ms. Liu, who came to visit the museum, told the reporter after watching the exhibition. 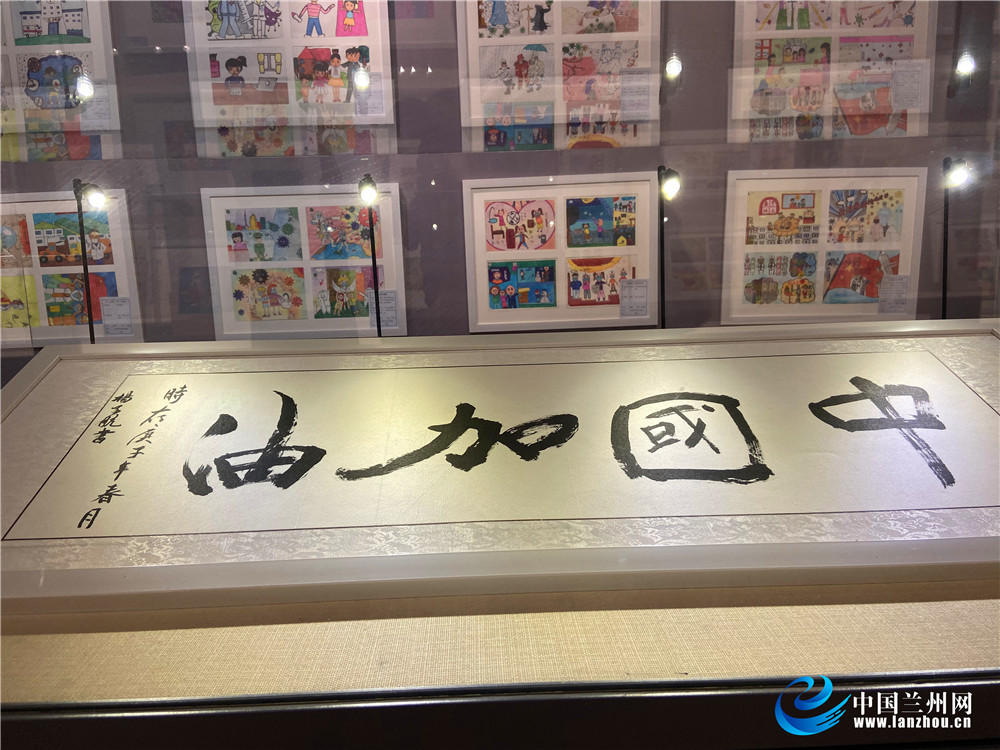 It is understood that the theme of this exhibition is "Little Angels". More than 200 works are selected from more than 3,000 works of students from primary and secondary schools and rural (community) schools in the city to participate in the exhibition, which will end at the end of June.