Gulang Campaign Memorial Hall is located in the southwest corner of Gulang County, covering an area of more than 150000 square meters. Since 2002, the Gulang campaign memorial hall has been named as “National Red Tourism classic scenic spot”, “Communist Party History Education Base of Gansu Province”, “advanced unit of spiritual civilization in Gansu Province”, “red education base of the Forces stationed in Gansu Province,”“national defense education base of Wuwei,”“Party spirit education base of Party members and cadres in Gulang county” The first batch of tourism research and learning bases and national AAAA tourist attractions in Wuwei. It has become important bases for party members and cadres to receive revolutionary traditional education, carry forward the spirit of the Red Army, strengthen their ideals and beliefs, and strengthen the exercise of party spirit. 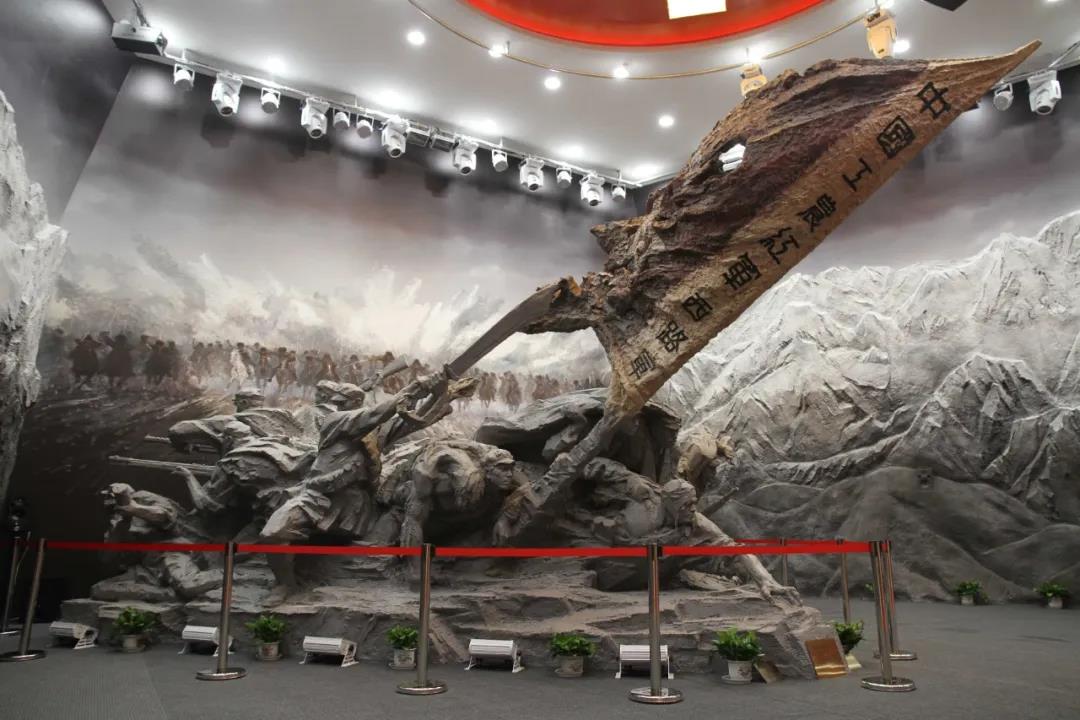 The first phase project of Gulang Campaign Memorial Hall was implemented in 2012. With the enthusiastic concern and strong support of the relevant departments of the party, the government, the military and people from all walks of life, it raised more than 40 million yuan to build a new Campaign Memorial Hall. During its construction, the museum was strongly supported by the former political commissar of National Defense University, General Liu Yaya, and the chief of staff of the armed police force, general Qin Tian. In 2015, the museum was displayed and opened to the public. In 2016, more than 3 million yuan was invested to build the square sculpture. The new Gulang Campaign Memorial Hall covers an area of 4300 square meters and is divided into three layers. The main exhibition area is two floors above the ground. The exhibition is designed and set up according to the requirements of Gansu red Memorial Hall “one comprehensive and twelve special schools”. The exhibition hall is composed of preface hall sculpture, 8 exhibition units and end hall film. The theme of the museum is “strong west wind, red flag”, which shows the battle history of the ninth Red Army in Gulang. Since the opening of the new museum, it has received more than 50 important leaders of the party, government and army, more than 2 million party members, cadres and masses inside and outside the county, more than 50000 all kinds of students, including the key teachers’ training class of the Propaganda Department of the Central Committee, the Ministry of education, the rotating training class of Party Secretary above the division of National Defense University, the youth class of the Party School of the provincial Party committee, the main training class of the Party School of the municipal Party committee and the county Party committee.

At present, the second phase of the Gulang Campaign Memorial Hall project is mainly based on the Gulang Campaign Memorial area as the core. It integrates and excavates the red resources of Dongsheng, Xisheng and Gulongshan Campaign sites.Besides, it builds a three-dimensional cultural industry park which integrates red tourism, ancient city history and culture, and military culture. We will do a good job in the publicity of the image of the South Gate of Gulang, and strive to build an important red culture tourism education base in the whole province and even in the whole country.