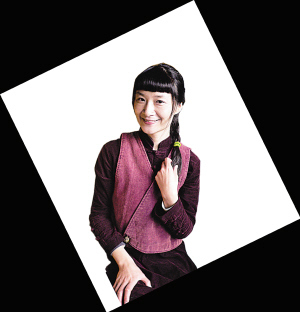 Zhang Lin, female, born in April 1967, is a writer of children’s literature and took the 30th Advanced Studies Program of Luxun Academy of Art and Literature. In 2013, she was included in the list of “TOP9 writers of children’s literature in Gansu Province”. Having graduated from the Department of Journalism, Fudan University, she works as Managing Editor in the Supplement Department of Gansu Daily. She is also a member of the Gansu Writers’ Association and the China Society for the Studies of Children’s Literature. Since 1995, she has started creating works, especially about children’s literature. Her works have been successively published in Children’s Literature, Juvenile’s Literature, Fairy Kingdom, Chinese and Foreign Fairy Tales and Stories and some other publications. In 2011, Pomegranates’ Secrets, a collection of fairy tales, was published in 2011. Immature Buds Bloomed Secretly, her long novel for children, was listed as a key literary work to be funded in Gansu Province in 2009, and published in 2012. A Journey to the West with a Personal Access Phone (Gansu Volume), a work for children created in 2003, won the first place among the 6th National Excellent Books for Children. Her fairy tale Who Is Waiting for Me at Seaside was granted the 4th Yellow River Literary Award. Her fairy tales such as Flying Fish, Music under Quilt and The Bank of Swan Lake were accepted and included in the “Special Collection of New Chinese Children’s Literature Books” published by China Juvenile and Children’s Books Publishing House in October 2008.