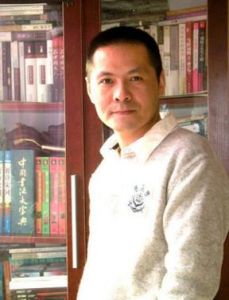 Zou Yizhou is Yizhou’s original name. He now lives in Lanzhou, Gansu Province, and has university degree. He began to publish novels in 2000. In 2008, he joined the Chinese Writers Association. Many of his novels, novelettes and short stories were published on important literary journals, reprinted by selective periodicals and selected into annual anthologies. Some of his works were selected into the annual list of Chinese Fiction Society, and the list of the latest contemporary Chinese literature. His works have won the annual prize of Selected Novels, the first prize of short stories in the second, third and fourth Yellow River Literature Awards, the sixth and seventh Dunhuang Literature Awards, etc. His novels include "The Year of Lameness", "Tadpole", "War Stories", "Spring and Autumn Mistakes", and his collections of novels include "Our Bottom Line" and "All Stories".