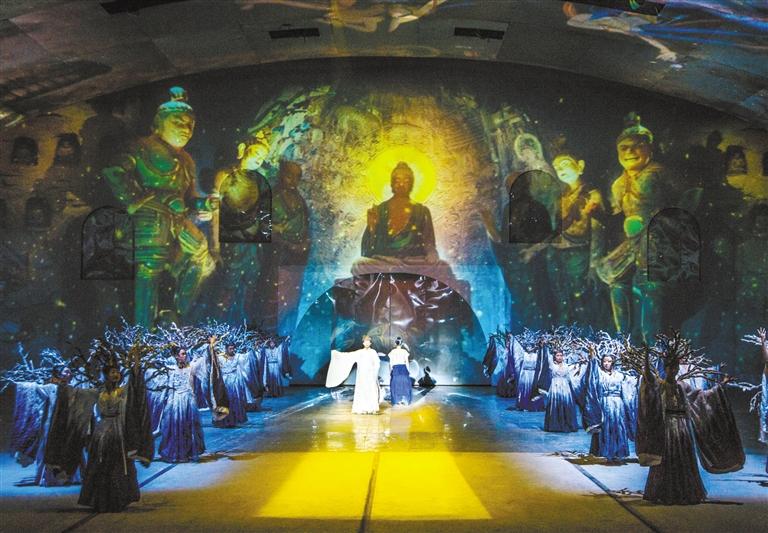 On the eve of National Day, "Tianshui Show", a large-scale indoor sitcom, was performed. The resounding strains of music accompanied by drumbeats enabled the audience to appreciate the history of a thousand years and the regional characteristics of Tianshui. "The show has filled the gap of tourism performances in the eastern part of our province, and it is of groundbreaking significance." said Yang Jianren, deputy director of Gansu Provincial Department of Culture and Tourism. 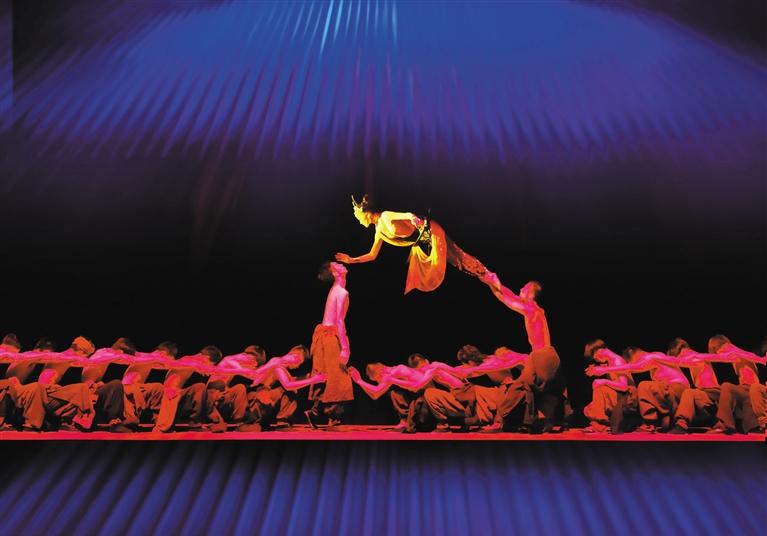 In the process of promoting the integration of culture and tourism, our province regards tourism performance as an important tool for upgrading scenic spots. Based on the local subjects of Gansu Province, we have created the live performance in desert "Dunhuang Celebration"; an indoor sitcom "Visiting Dunhuang Again"; and a historical sitcom "Back to Zhangye". At present, “three pillars” of Dunhuang’s tourism performance have been formed. The middle section of Hexi Corridor and Tianshui in central Gansu have become popular destination of such tourism performance. In addition, tourism performances are blooming all over the province, making the culture more accessible while creating an immersive experience for tourists.

Dunhuang is an inexhaustible source of art and the foundation of the creation of tourism performance in Gansu Province. In 2007, the acrobatic drama "Goddess of Dunhuang" became the first tourism performance Dunhuang has ever staged, which has created a miracle that a performance has been staged in the same place for ten consecutive years. In 2015, China's first desert live drama "Dunhuang Celebration", a large-scale live performance "Visiting Dunhuang Again" and "Flower and Rain of Silk Road" were staged one after another, which officially established the pattern of "three pillars" of Dunhuang’s tourism performance with Dunhuang culture as the source of creative ideas. As a tourist said, "Dunhuang, a vehicle for the Chinese culture that has lasted thousands of years, cannot be fully appreciated just through sightseeing for a couple of days. Creative tourism performances help everyone deeply appreciate Dunhuang culture." In August 2015, Dunhuang Celebration, the first large-scale live performance in China produced by Dunhuang Celebration Company, was officially staged, which not only filled the gap of desert-based live performance in China, but also broke the previous pattern that all performances with Dunhuang culture as the theme were based on the stories and religious legends of Mogao Grottoes. In this performance, the concept of the “Great Dunhuang Culture” based on the ancient Silk Road was first proposed and the integration of history and reality, and of tradition and fashion was achieved. After the performance was staged, the gorgeous scene of desert and the Silk Road with unique style and the rich and diverse ethnic cultures have attracted a large number of tourists and even during peak travel seasons, the tickets of the performance were like gold dust. Two years later, Dunhuang Celebration Company staged “Flowers and Rain of the Silk Road", a name card for Gansu’s culture, in the Grand Theatre of Dunhuang’s Cultural Expo Park so that tourists will enjoy the "living" mural stories and the flying dance after seeing the exquisite murals in Mogao Grottoes.

With the continuous upgrading of tourism consumption, it is increasingly difficult for leisure sightseeing to meet tourists' demands. As a result, the interactive tourism performance has not only broken the old pattern of tourism in Dunhuang, but also enriched tourists’ travel experience. In 2016, while the Dunhuang Cultural Fair attracted worldwide attention, a large-scale live performance "Visiting Dunhuang Again" was staged. As the last drama in Wang Chaoge's "Visiting Again" series, the performance reproduced the history of Dunhuang with the background of Feitian Grottoes, and connected the Silk Road, Mogao Grottoes and Dunhuang through the immersive viewing mode of "walking". After the audience stepped into the theater, while they were walking, they would feel like they were experiencing the profound history of Dunhuang. The 90-minute performance allows the audience to appreciate and know more about the history, culture and elements of the Silk Road, so that the profound Dunhuang Culture has become vivid and closer to the audience. During the National Day holiday this year, a total of 44,028 tourists-time watched “Visiting Dunhuang Again”, achieving the tourism income of 12.3927 million yuan. The performance has become another international tourism name card to promote Dunhuang and the Dunhuang culture.