A chief attendant at China Eastern Airlines served as a publicizing ambassador of Lanzhou Tourism and turned the image of Lanzhou into graceful acoustic waves, which flied to the sky. On the afternoon of November 4th, on China Eastern Airlines Flight MU2305 from Lanzhou to Guangzhou, a special cultural tourism publicity campaign attracted more than 150 passengers, who took out their mobile phones to record the unique “roadshow”.

“Ladies and gentlemen, the present flight will take you across the ‘Ancient Silk Road’ Lanzhou to the ‘Time-honored Business City’ Guangzhou. The golden city Lanzhou is a bright pearl on the Silk Road but hidden in the boudoir. In recent years, the Lanzhou City Party Committee Propaganda Department has been working hard to publicize ‘Perceptual Lanzhou’ and build an intercity exchange and promotion brand along the ‘Belt and Road’. Since 2016, many cultural tourism publicity campaigns have been held in Chongqing, Beijing, Hamburg Germany…Quanzhou, Kunming, etc., with the story of Lanzhou told without stop, and the voice of Lanzhou heard all the time…” When the airplane flew steadily around 4 o’clock on the afternoon, a sweet voice of broadcasting flew into the ears of the passengers. Upon hearing the on-air publicity about Lanzhou, the members of the Lanzhou Promotion Team, who were to attend the “Ancient Silk Road” - “Time-honored Business City” (Lanzhou-Guangzhou) “Belt and Road” Intercity Cultural Tourism Interchange Activity, were so excited that they took out their mobile phones to record the first in-the-air promotion of Lanzhou. 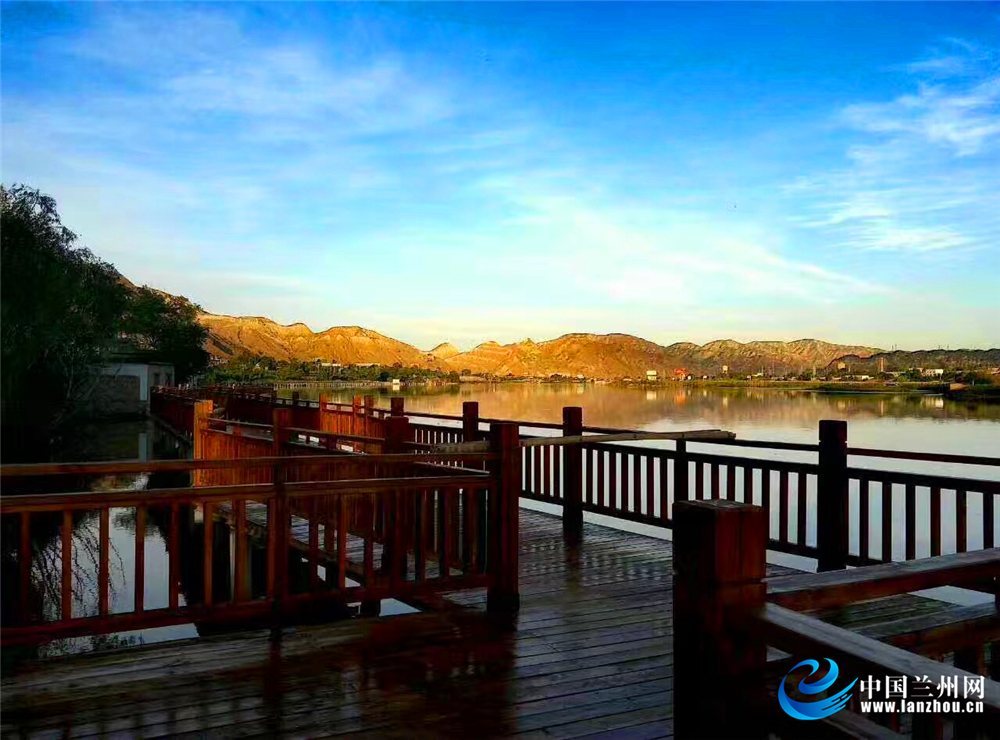 “We have participated in many city promotion conferences, but it’s our first time to see in-the-air promotion. It is approachable, creative and impressive.” Mr. Xu, a Lanzhou citizen who went to Guangzhou to attend the investment promotion activity, said frankly, “As is said on air, Lanzhou is indeed a veritable bright pearl on the Silk Road but hidden in the boudoir. Her profound cultural and historical heritage suffices to make tourists enjoy themselves so much as to forget to go home. The beautiful scenery and fine food on the shore of the Yellow River will make travelers abandon themselves to pleasures. This kind of promotion is very good. It enables passengers to listen carefully to everything about the beauty of Lanzhou on the boring flight. I believe that many people will go to Lanzhou to feel the charm of the Yellow River after hearing the promotion.”

“It’s my first time to speak for a city in the air,” said Shi Shanshan, who had finished broadcasting, but was still immersed in the joy of being an “in-the-air propagandist”. She told the reporter, “I have worked as a flight attendant for 14 years. I am very good at reading safety instructions, but it’s my first time speak for a city in the air. It is also the first time for China Eastern Airlines to speak for Lanzhou. Lanzhou is my hometown. I feel proud to speak for my hometown. I hope that in the future, I will have more opportunities to introduce Lanzhou in the air to passengers from all over the world. I sincerely wish the publicity campaign a complete success.”

At 7 o’clock that evening, the airplane arrived at the Guangzhou Baiyun Airport on schedule. The staff of the Lanzhou Municipal Propaganda Department, who had arrived in Guangzhou ahead of time to prepare for publicity, were beside themselves with joy and asked their colleagues who had just got off the airplane about the effect of “in-the-air promotion”. Hearing that the planned “in-the-air promotion” was recognized by the passengers, the staff of the Lanzhou Municipal Propaganda Department and Xinhua News Agency were very rejoiced, saying, “The ‘in-the-air promotion’ is an overture to the ‘Ancient Silk Road’ - ‘Time-honored Business City’ (Lanzhou-Guangzhou) ‘Belt and Road’ Intercity Cultural Tourism Interchange Activity. I hope that both cities will, relying on culture and tourism, strengthen cooperation to promote the high-quality development of their cultural tourism industry and economy.”