Fancy Flash with “Passionate Virtuosity by the Yellow River” was held on December 19th. Seven top “freestyle football” players from home showed off their expertise in some famous cultural relic attractions in Lanzhou City, including the Zhongshan Bridge, Yellow River Tower and Longyuan. 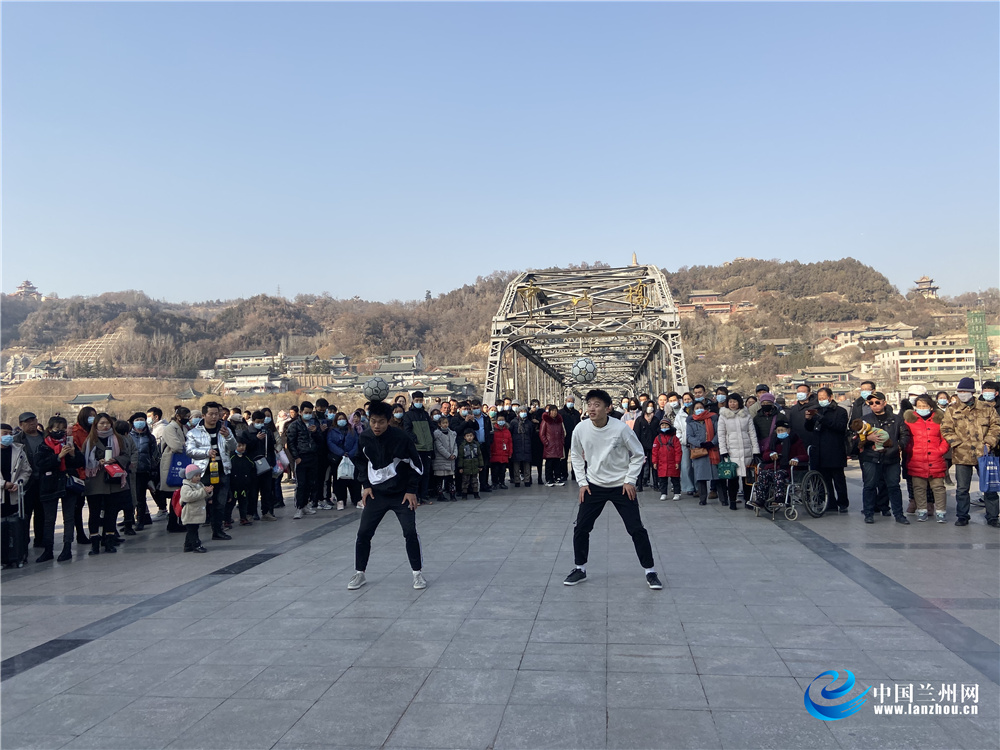 At 15:00 that day, gay music was played on the Zhongshan Bridge South Plaza, where the seven freestyle football players, including Meng Yang and Chen Yaguang, came on the stage one after another to show their consummate juggling skill to the spectators, making the Lanzhou citizens feel the charm of football at short distance, winning shouts of applause from them. Fitness enthusiasts from Lanzhou gave wonderful Tai Chi performances that day, injecting athletic passion and vitality into the winter landscape of the Yellow River. 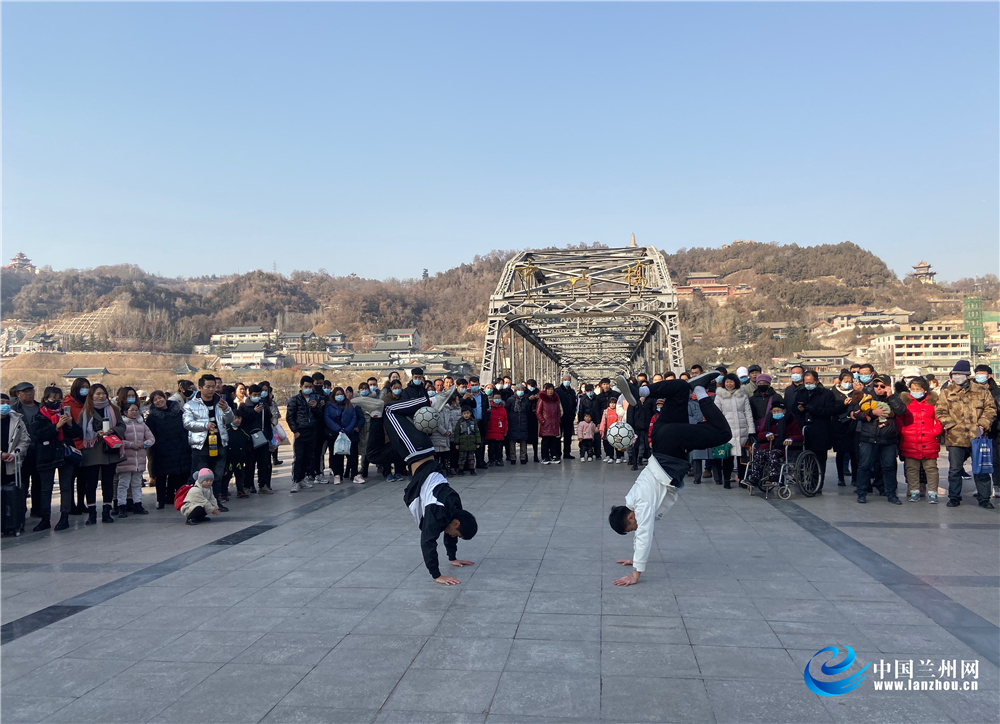