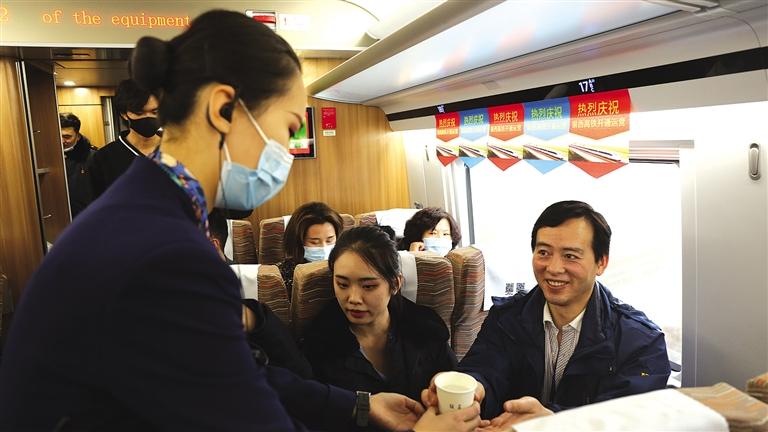 On January 26th, the Yinchuan-Xi’an High-speed Railway reached its 30th day of service. As our reporter learned from China Railway Lanzhou, this railway has, by January 25th, served 253,000 trips, the busiest day with 18,000 trips. Since the launch of its service, the whole railway line has sustained such challenges as extreme cold weather and the Covid-19 pandemic. It is playing a pivotal role in boosting the local economy and facilitating the travels of the inhabitants along the line. 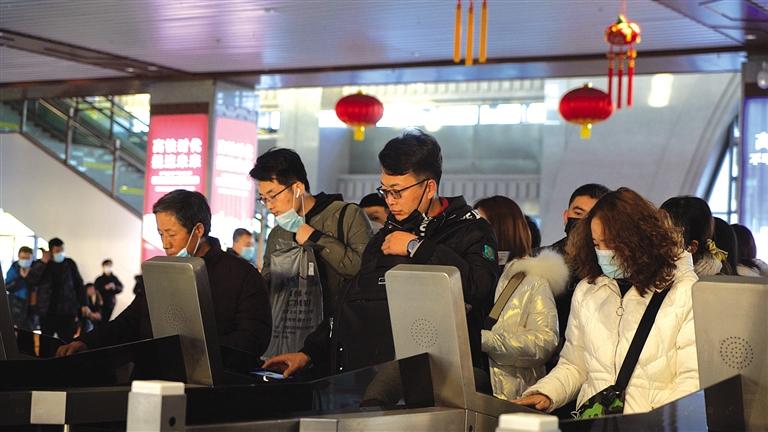 “I used to go to Xi’an for academic exchanges, observation, and training. It would take close to 15 hours for me to get there. By air? The airport is far from downtown and very inconvenient. Now this high-speed railway gives me a lot of freedom and convenience. I can go whenever I like and get off not far from my destination. You won’t know this feeling if you haven’t had the experience!” said Jiao Xin delightfully. He is director of Yinchuan Kangmei Stomatological Hospital and often travels between Yinchuan and Xi’an. 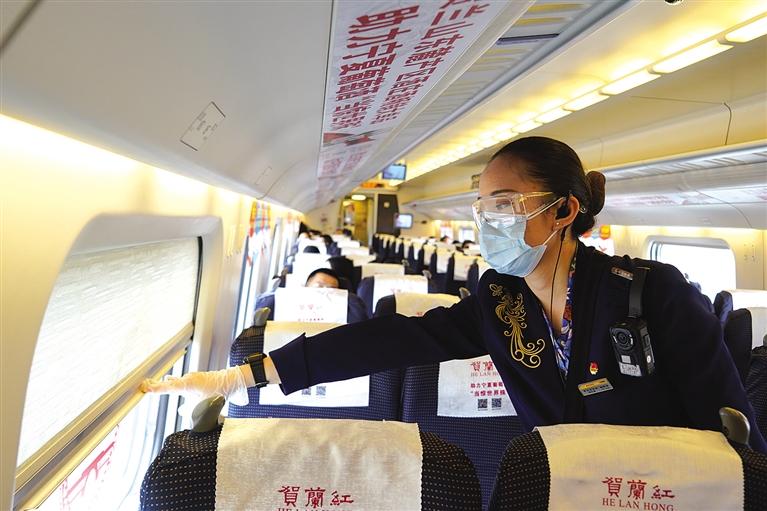 From Yinchuan, the high-speed railway gets you to Hui’anbu in one hour, Qingyang in two hours, and Xi’an in three hours. It effectively integrates the urban belt along the Yellow River and the Guanzhong urban agglomeration with the economic circle, thus greatly promoting the local economic development. It expands the transportation routes and channels of sales for the fruits and vegetables and other local farm produce along it; it provides an excellent opportunity for the “going out” of mutton and day lilies from Yanchitan, apples, apricots, yellow mandarin peaches, and golden dates from Qingyang, as well as more than 300 medical herbs such as licorice, milkvetch roots, ephedra, divaricate saposhnikovia, and radix bupleuri, converting the local resource advantage into an economic advantage. The high-speed railway expedites the transport of such merchandises, which has been cut from the original 12 hours to about three hours without additional charges, thus greatly boosting transportation efficiency. Since the high-speed railway express delivery service was launched on January 7th, China Railway Express Yinchuan has, up to January 25, handled 4,431 express delivery packages weighing 50 tons – 3.1 tons a day on average and the largest daily volume being 4.5 tons. “Delivery service through the high-speed railway not only provides consumers with a better experience and convenience but also brings about more directions for reference in building a safe, efficient, and green logistics network in the future. It allows us to have more expectations for future development!” said a person from SF Express Yinchuan, who is in charge of the relevant business.

“My daughter lives in Shanghai, my parents in my hometown Qingyang, and siblings in Xi’an … My relatives and friends live everywhere across the country. With the high-speed railway open, I get closer to them in distance and emotions, and we talk more over phone video. This is my plan: If there’s no change in the pandemic situation, I’ll do a few more rides on the morning of the Lunar New Year Eve, and then in the afternoon I can go home for the festival by the high-speed train. It takes five fewer hours than it used to by driving,” said Mr. Gong, a taxi driver in Yinchuan, who is so anticipating to getting home for the Lunar New Year family reunion. “I can easily get home for the Lunar New Year Eve dinner!”