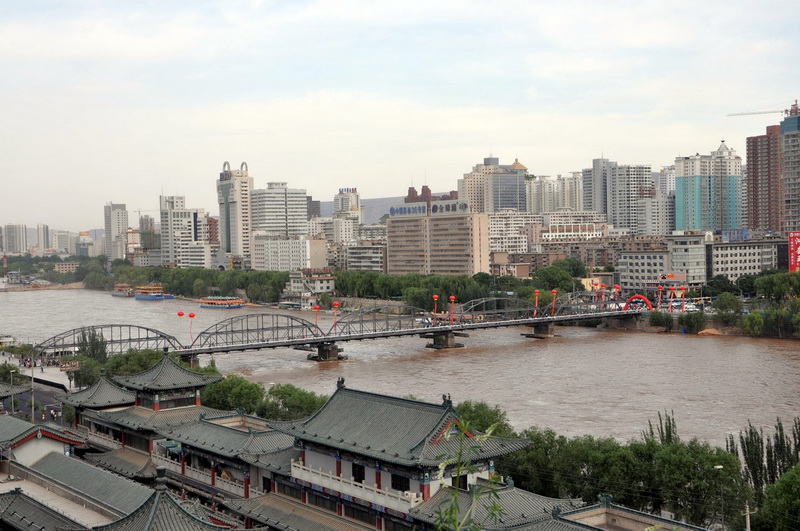 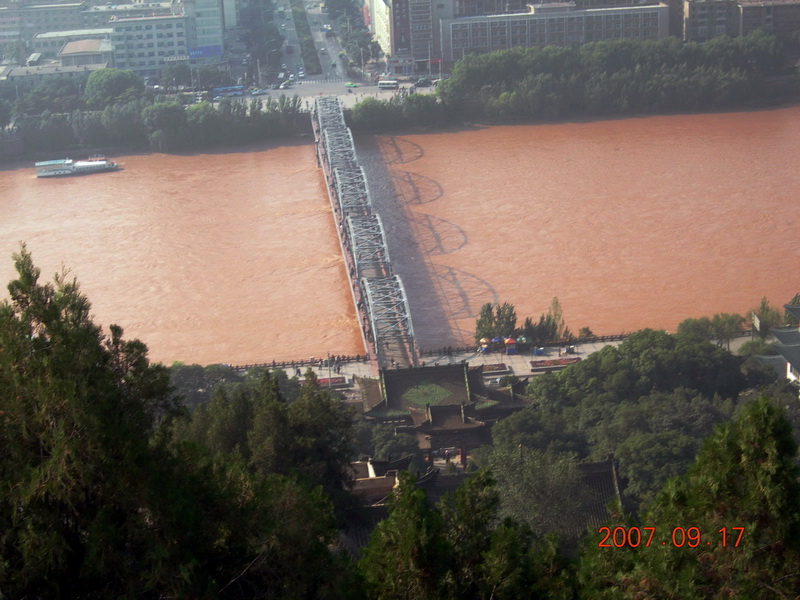 Lanzhou Zhongshan Bridge, also known as Yellow River Iron Bridge, is at the foot of the White Pagoda Mountain.

Under the sponsorship of Peng Yingjia (the governor of the Lanzhou Prefecture), the bridge was contracted to be built by the German Shangtailai Company and finished construction in 1909.

In 1942, it was renamed as Zhongshan Bridge in memory of Sun Yat-sen, the first president of the Republic of China.

The bridge is awarded the title of "the First Bridge over the Yellow River". 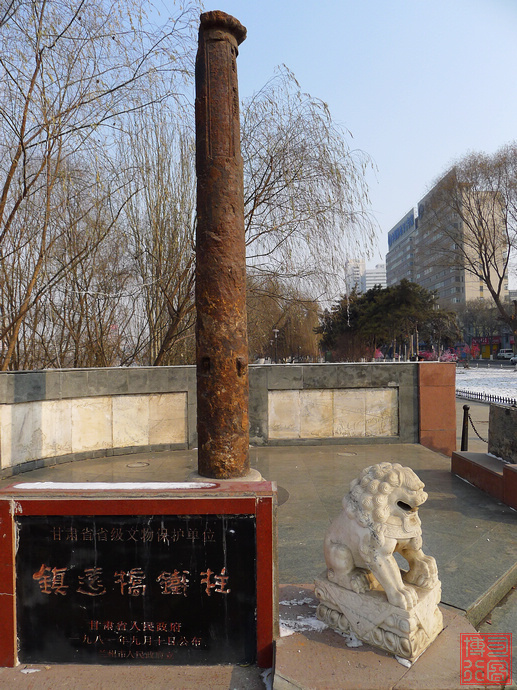 The 'General's Pole' at the south section of the Bridge [Photo/wwj.gansu.gov.cn]